Academy of Screen and Digital Printing Technologies – Say What??

Did you know that since 1973, the Specialty Graphic Imaging Association’s (SGIA) Academy of Screen and Digital Printing Technologies has grown to include over 70 members representing the highest degree of technological expertise in the screen and digital printing industry? You may recognize names like Michel Caza, Charlie Taublieb, Scott Fresener, Laura Maybaum, as well as myself, Marci Kinter. Members of the Academy come from all parts of the industry:  educators, printers, chemical suppliers, substrate manufacturers and consultants.

Every year at the SGIA Expo, the Academy inducts new members into its ranks. This year, we welcomed Alan Howe, Technical Specialist for SAATI Inc., and Graeme Richardson-Locke, Technical Manager for FESPA — each of whom represent a breadth and depth of industry knowledge. Both have long careers in the print industry, with expertise in textile, digital and industrial printing applications. 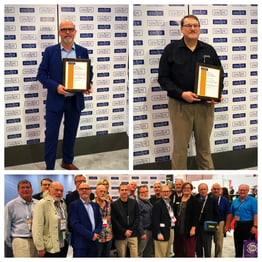 The Academy also annually presents the David Swormstedt, Sr. Award to the author of an article written on some aspect of the screen or digital printing industry. David Swormstedt, Sr. played an instrumental role in the founding of SGIA and ISA, and this award was created in his name to recognize writers for their excellent editorial work within the industry. This year, Mark Coudray was presented with the award for his article, “Optimizing Your Flash Curing” in Screen Printing magazine’s August/September 2017 edition.

As I celebrate our newest members and award recipient, I reflect on a personal milestone this year: 2018 marks 20 years since I was inducted into the Academy with Rick Davis and Art Dobie. It has been both an honor and a privilege to work alongside Art, Rick and the other members as we continue to evangelize on behalf of the industry. 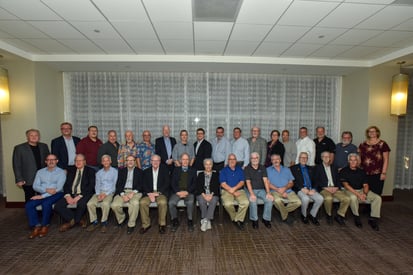 Take a moment. Read a few of the bios of the Academy members.: https://www.sgia.org/industry/feature/members-academy