Since joining SGIA, one of my favorite tasks has been overseeing the annual Product of the Year competition. I was just six weeks in when I started working on this program, which was already well underway with the SGIA Expo (now PRINTING United) practically upon us. Therefore, my focus was getting to know the competition and the manufacturers who were entering. 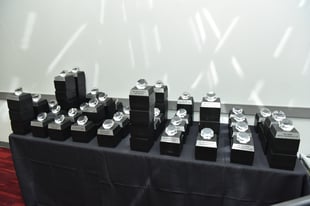 For those not familiar with Product of the Year, it awards the leading products in the market across a diverse range of printing categories. Any PRINTING United exhibitor’s product that is, or will be, available on the market in 2019 is eligible for submission.

Growth Across the Board

In the year before I joined SGIA, there had been 96 entries. With the goal to just surpass that number, I communicated with competitors and coordinated the judging (back then, judging was on-site the day before the Expo, in the midst of the chaos that accompanies setting up a huge event). We ended up with 130 entries, and with only a few glitches, I considered it a success.

From that year on, my priority has been expanding the competition and ensuring it’s truly representative of the current market for printers. By getting to know the manufacturers — and by including them in the process of winnowing out categories that were no longer relevant, and bringing in new, necessary categories — the competition continues to evolve. While the number of entries has grown exponentially (from 135 in 2015 to 254 in 2018), the number of categories has as well. Several new categories have been introduced this year — making for 87 total — to keep pace with the growth of the trade show and the convergence of new markets coming to PRINTING United. 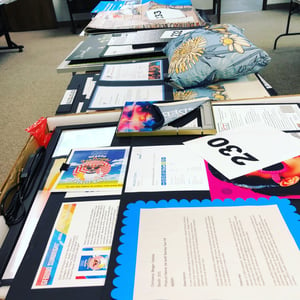 And with this growth, comes another big difference — judging. Once condensed into a single day before the Expo, this now occurs over the course of a week (two months before the show opens).

Previously, the Product of the Year jewel awards were handed out the first day of the show. As I walked the floor with a box of awards, manufacturers were on the lookout to receive theirs, participate in a quick photo op, and get back to the show and their customers. This took almost an entire day due to the show floor size, which meant some were not delivered until late afternoon. Now, they are handed out in a ceremony the night before the show opens, allowing everyone to have their award displayed immediately. Also, because the winning manufacturers are announced in advance, they have the opportunity to let the world know to come see their winning product at the show.

As the competition has transitioned and grown, the most important aspect is the value it continues to offer our entrants and winners. “Participating in the SGIA Product of the Year competition has been great for our company in two ways,” said Micah Causey, Vice President of Business Development, Floor Signage LLC. “First, because the entries are judged by an array of industry experts, it lends significant credibility that products made by niche companies like ours can compete and prevail over large mega-companies. Secondly, it has become an essential component of our product launch process each time we introduce a new material to the industry.” 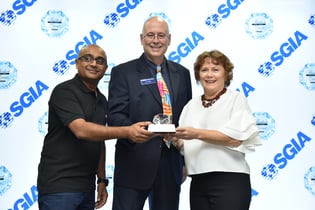 I strongly encourage PRINTING United exhibitors to learn more about the 2019 Product of the Year Competition and enter their product(s) before August 2.